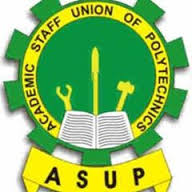 In a statement by ASUP Secretary General, Anderson Ezeibe, the union noted that the strike was aimed at restoring sanity to Nigerian universities.

The union also called on the Federal Government to commence the implementation of agreements entered into with ASUP to forestall an impending crisis in polytechnics.

ASUP added that it was concerned about the consequences of the strike on students, parents and society at large.

It said, “ASUP notes the renewal of hostilities on the country’s university campuses between ASUU and government of Nigeria.

“While we are in unconditional solidarity with ASUU in this struggle to restore sanity to Nigerian universities, we are calling on the government to commence without further delay the implementation of agreements entered into with ASUP to forestall an impending crisis in the polytechnic sub-sector.”

Prev Post2-Year Fully Funded Graduate Scholarships at University of Oxford in UK, 2018-2020
Next PostASUU strike may end in two days