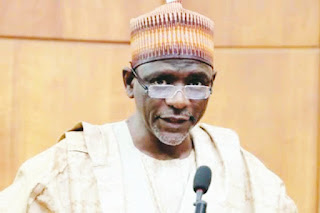 The Minister of Education, Mallam Adamu Adamu, yesterday assured Nigerians that the industrial action embarked upon by the Academic Staff Union of Universities (ASUU), may end in two days.

In an interview with The Guardian, the Minister stated that the President Muhammadu Buhari administration has a policy of engaging unions, including ASUU.
“I hope and believe that this would be a one or two days strike. We have a policy of engaging the unions, including ASUU and I think now we are very serious.
“This is the first time in two years that ASUU is declaring a strike,” Adamu said.
Adamu also held a closed-door meeting with the leader of the Federal Government Renegotiation Team, Dr. B. O Babalakin (SAN).
Babalakin had in January, inaugurated the 16-member team to renegotiate the 2009 agreement.
Source: dailypost.ng
Prev PostASUU: ASUP Warns FG Of Impending Strike
Next PostQueen’s Women Graduates Scholarship in UK, 2018