ASUU Strike: Why FG Will Not Meet Lecturers’ Demands – Presidency 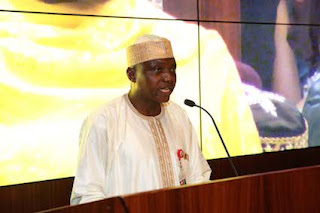 The Presidency has said that the industrial action declared by ASUU on Monday was totally unnecessary.This was said by the Senior Special Assistant to the President on Media and Publicity, Garba Shehu, who also indicated that the amount of money being demanded by the union was unrealizable.
Shehu spoke in an interview on Channels Television’s programme, Sunrise Daily yesterday.According to him, the leaders of ASUU were aware of the fact that the current administration inherited the agreements based on which the industrial action was declared.He said ASUU was also aware that the Federal Government had set up a committee on the matter.Shehu gave an indication that the President Muhammadu Buhari’s government might not be able to meet the huge financial obligation the striking lecturers were demanding since the N850bn debt was more than the total allocation to the Ministry of Education in the 2017 Budget, which he put at N369bn.Shehu said, “Governments enter into agreements that they can pay for. Ability to pay is a key requirement in going into agreements.“Since President Buhari assumed office, he has sent words out there in form of a warning to all government institutions that they should not go into negotiations and agreements that they cannot pay for; but get clearance.“I understand that they are talking about debts owed their members to the tune of N850bn. If I am correct, the entire appropriation for the Ministry of Education for this year is N369bn. So where do they want us to get the money from?“We have inherited these agreements and we are not running away from them. Government has set up a committee led by (Dr Wale) Babalakin. They are already sitting. Why didn’t they sit down and negotiate?“This strike is totally unnecessary. The issues can be resolved, especially where we have full understanding of where we are coming from. The governments that signed those agreements did not deem it fit to implement because the capacity was not there.“If they are ready, they can sit down and discuss with the committee that has capable and qualified people as members.“They want all the problems to go with a wave of the hand. They want all the answers to all their problems at a go. There is an avenue that the government has opened for them for dialogue and it is not closed yet.”